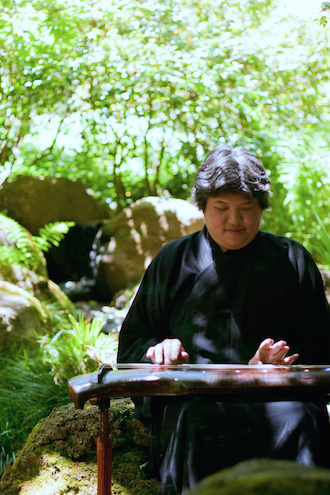 Hailing from a long line of Chinese scholars, David Wong is a lifelong student of traditional Chinese arts and a twelfth generation inheritor of the Guangling Guqin School. He has studied guqin (seven string zither), guzheng (Chinese table harp), pipa (Chinese lute), traditional Chinese painting, and tea culture under masters in the United States and China. His interests also led him to graduate studies both here and abroad, researching and absorbing the depths of his Chinese heritage.

As a member of the San Francisco Gu-zheng Music Society’s youth ensemble, with the support of guzheng virtuoso Liu Weishan, Wong’s passion for teaching and introducing traditional Chinese culture lead to the establishment of Tranquil Resonance Studio, which carries on the mission of passing along these ancient traditions to the greater community through lessons, performances, workshops and lectures throughout the bay area.

Besides performing and teaching music at schools and community culture centers, he also educated students on tea culture at local teahouses and tea companies, and lectured on numerous cultural artistic traditions at various universities around the bay area, including Stanford University, University of California Davis, and San Francisco State University, always enthusiastic to share all that he has learned and showcase the deep-rooted traditions and music of China.